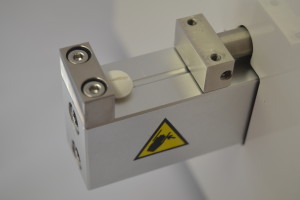 When first acquiring tablet hardness testers, a common question our installation engineers get asked is ‘what is the difference between constant speed and constant force?’

While either option is permissible with regards to pharmacopoeias and compliance regulations, both test methods can produce different results, which can lead to confusion if the difference is not understood.

Constant force is when the tablet hardness tester jaw is moved slowly until it touches the sample (tablet) and then the pressure to the sample is increased at linear 20 Newton/sec increments until it breaks. At this point the hardness is then recorded.

Constant speed is where the test jaw moves at a constant speed from the very beginning  (up to max 3.5mm/s) without pause/adjustment until it breaks the tablet.

Both options are permitted by pharmacopoeias, because both are valid methods of recording / testing.

However, because they are both different test methods, they understandably give different final results (although both are correct for each test type). For example, the time it takes to break a tablet at constant speed could be a lot faster than using constant force, so the result will be different. If you have a tablet with a nominal of 80N, it might take 4 seconds to break using constant force, but the same tablet will break much quicker if you use a constant speed method of 3.5 mm/s.

Unless a specific testing method specifies a specific test type, it is entirely up to the individual/company what method is used. But! Care should be given to ensure that all departments throughout the company use the same test method if results are compared, otherwise, they will not match. 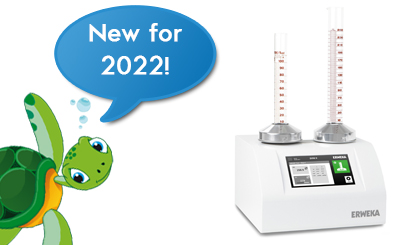 The 7“ high resolution touch display with modern interface focuses the user on the most important task tapped density testers have to fulfil – 100% USP/EP compliant tapped density testing. The unit also automatically calculates the Hausner Ratio and compressibility index and prints the reports after every test. An intelligent Switch Plate system enables 5 different versions of the SVM II, with both USP 1 and USP 2 in either one or two test station configurations or a combination of both. And the best part – they can also be upgraded at a later date! Find out more

This website uses cookies to improve your experience while you navigate through the website. Out of these, the cookies that are categorized as necessary are stored on your browser as they are essential for the working of basic functionalities of the website. We also use third-party cookies that help us analyze and understand how you use this website. These cookies will be stored in your browser only with your consent. You also have the option to opt-out of these cookies. But opting out of some of these cookies may affect your browsing experience.
Necessary Always Enabled
Necessary cookies are absolutely essential for the website to function properly. This category only includes cookies that ensures basic functionalities and security features of the website. These cookies do not store any personal information.
Non-necessary
Any cookies that may not be particularly necessary for the website to function and is used specifically to collect user personal data via analytics, ads, other embedded contents are termed as non-necessary cookies. It is mandatory to procure user consent prior to running these cookies on your website.
SAVE & ACCEPT